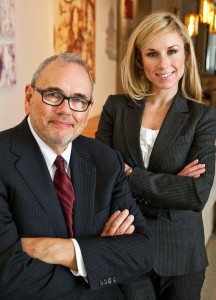 To schedule an interview with the authors, please contact Gene Taft at 301-593-0766 or GeneTaftPR@gmail.com

Read the Table of Contents

Danielle McLaughlin interviewed by Chuck Mertz on This is Hell!, WNUR 89.3 FM Chicago, November 30, 2013, discussing the origins and successes of Federalist Society members, including Supreme Court appointments, Supreme Court victories with respect to expanding corporate free speech and shrinking the Commerce Clause, and the long, steady march to restrict abortion rights – and why and how their success has been under the radar.  Interview starts at 1:12:36.

Danielle McLaughlin interviewed by David Alpern on For Your Ears Only, April 28, 2013

Transcript of interview of Michael Avery with Ali Velshi and Jeff Toobin about Kagan nomination on CNN:  http://edition.cnn.com/TRANSCRIPTS/1005/10/cnr.05.html

Michael Avery interview regarding his last book, We Dissent, on CSPAN : http://www.youtube.com/watch?v=QAyVvhdZg9k&NR=1

Praise for THE FEDERALIST SOCIETY

“Michael Avery and Danielle McLaughlin have written a compelling book about how the Federalist Society came to prominence, its tremendous influence in Republican presidential administrations especially in the selection of judges, and its conservative ideology on major issues of constitutional law." Erwin Chemerinsky, Dean and Distinguished Professor, University of California, Irvine School of Law
"Much of what The Federalist Society covers will be familiar to readers who closely follow law or politics, but even those readers will find value in its straightforward mix of history, case studies, and legal arguments. For others, it serves as an introduction to a long-term story that has slowly and quietly — but dramatically — changed the American legal system.” ForeWord Reviews