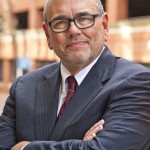 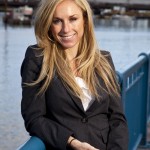 Michael Avery is a graduate of Yale College (B.A. 1966) and Yale Law School (J.D. 1970). From 1970 to 1998 he was in private practice, specializing in plaintiffs’ civil rights litigation and criminal defense. Since 1998 he has been a professor at Suffolk Law School, where he teaches constitutional law and evidence. He is a former president of the National Lawyers Guild, and a co-author of treatises on police misconduct litigation and Massachusetts evidence law.

Danielle McLaughlin holds a degree in Engineering from the University of Auckland, New Zealand (1998) and a Juris Doctor from Suffolk University Law School in Boston (2009), where she was the Editor in Chief of the Journal of High Technology Law. Danielle clerked for the Honorable William Young in The Federal District Court for the District of Massachusetts, and is currently an Associate in the Boston office of Nixon Peabody LLP, where she specializes in commercial litigation and government investigations. Prior to practicing law, she worked as a consulting engineer in Auckland, New Zealand, and in marketing and corporate communications in London, England and Vail, Colorado.

Praise for THE FEDERALIST SOCIETY

“Michael Avery and Danielle McLaughlin have written a compelling book about how the Federalist Society came to prominence, its tremendous influence in Republican presidential administrations especially in the selection of judges, and its conservative ideology on major issues of constitutional law." Erwin Chemerinsky, Dean and Distinguished Professor, University of California, Irvine School of Law
"Much of what The Federalist Society covers will be familiar to readers who closely follow law or politics, but even those readers will find value in its straightforward mix of history, case studies, and legal arguments. For others, it serves as an introduction to a long-term story that has slowly and quietly — but dramatically — changed the American legal system.” ForeWord Reviews